Over two years of disrupted pandemic trading, Six Barrel Soda Co is honing its focus on the D2C channel and using the insights it gathers to inform next steps in its growing export markets.

The Wellington-based natural soda syrup business, which this month marked a decade since it was founded by Joe Slater and Mike Stewart, has been exporting to Australia since 2014, the US since 2019, and is also active in Canada and Hong Kong – and is just about to enter Japan.

In New Zealand, it is stocked in around 200 retailers, alongside its direct online channel, which accounted for around 20% of domestic sales.

Having previously entered new markets working with distributors and chasing retail, Slater said in growing its overseas business “100% of our effort is going towards D2C”.

“Then we have more of a basis to say ‘if we get into the stores in these areas people already know about us – it is a good way of raising awareness as a first step.

“Whereas historically we would get into the stores and then go for people online, now we’re tweaking that to get customers hanging out outside the stores and asking them to stock us.”

It also gave Six Barrel more opportunity to refine its product mix and showcase NPD, given that the company has clocked up more than 120 distinct flavours, running from Kiwifruit to Kimchi over its ten years in the business.

“In the United States, our online store is our biggest channel and the one we can do the most in,” Slater said.

“In (retailer) Target we have four products in so we can’t really show the whole range and do the limited editions and the collabs through that channel, that’s where the D2C comes in.

“It is the same in Australia. We’ve got a decent range of retailers there now and we are keen to build that, but D2C is definitely our fastest growing channel in every market.”

Six Barrel has been investing in website upgrades and its logistics operations to improve delivery times and the user experience for customers, as well as making product available on Amazon.

Slater said the business was also investing heavily in the brand, particularly in Australia where it has ambitions to match its New Zealand sales, which currently account for around 60% of revenue.

“In Australia, we’ve done a couple of agency projects for brand awareness and online awareness and we have another one coming up soon, so we are certainly spending most of our in-market investment on online promotion primarily for driving people to our website. It is our first spend.” 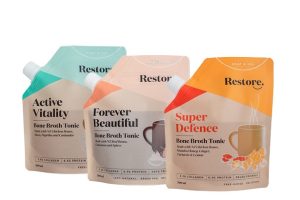 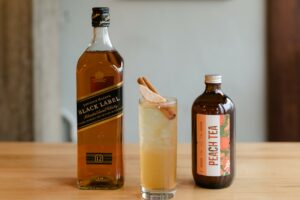