Countdown and Fonterra have backed a new plan that aims to decarbonise New Zealand’s freight system over the next 30 years.

The two major food industry players, along with seven other NZ companies including Toll and Ports of Auckland, formed the Sustainable Business Council’s (SBC) Freight Group.

The Low Carbon Freight Pathway report, identified the high cost of decarbonisation as a major barrier to the transition, and suggested a three-pronged approach as the most effective way to manage the change.

This would firstly see a reduction of emissions by optimizing the use of existing vehicles; secondly replacing fossil fuels with biofuels; and thirdly as vehicles are retired it suggests replacing them with zero carbon vehicles.

The report suggested that because the freight system is operated by thousands of private companies, working to meet the needs of their customers, the most effective transition programme will be one developed by and for industry.

“This will allow industry to make the most rational choices about the solutions that meet their freight and customer requirements,” it said.

However, it noted that central and local government also have significant roles in influencing the operation of the freight system through their regulatory, planning and investment functions.

“For this reason, the programme will require government support and engagement as we navigate the pathway,” it said.

New Zealand’s domestic freight system includes over 820,000 light and heavy vehicles, as well as rail locomotives, ships and planes along with the supporting infrastructure developed over decades.

“That’s around 56 tonnes of freight per person in New Zealand. On current projections our freight volumes will increase by 33 percent well before 2050. If we do nothing, emissions will grow by over 37 percent by 2050. We need to act now.”

He added that the next step is to rbing more partners on board the pathway.

” As more businesses begin the transition, the cost of decarbonisation will fall as we achieve economies of scale,” Adams said. 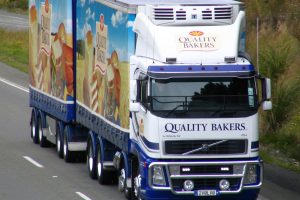