Australian biscuit giant Arnott’s will be able to scale-up the 180 Degree range – as well as significantly ramp up volume – with the opening of a new multi-million dollar factory next year.

Country director of Arnott’s New Zealand, Mike Cullerne, told the Ticker the new-build Avondale factory would be five times bigger than the leased Glendene manufacturing site it inherited when it bought the premium Kiwi cracker brand a year ago.

“The scale-up component for us is taking the existing 180 Degree site and shifting all of that capability to this site and significantly expanding the capacity and how much we can grow the 180 Degrees brand,” Cullerne said.

“It gives us about five times the footprint and capacity… and that matches our ambitions for 180 Degrees.”

The new manufacturing facility would also give the company different capabilities that it had in Australia, for example, batch production. On top of that, the dozens of recruits expected to join the group ahead of the plant opening next year included an on-site R&D team.

Cullerne said this would allow the brand would be more agile and be able to “move more quickly in terms of the local market and partnering with local retailers on opportunities”.

It also removed constraint issues the company had been running into since adding the 180 Degrees brand to the Arnott’s field team in Australia, alongside its TimTams and Shapes snacks.

This had successfully increased grocery ranging and distribution in Coles and Woolworths for 180 Degreees, where it was now in most stores, plus added Aldi and Harris Farm Markets, but until the new factory came on stream growth remained a balancing act.

“We see a lot more growth coming [in Australia] as we unlock this manufacturing site and the capacity to really go hard after it,” Cullerne said.

“At the moment, it’s a matter of just making sure we don’t push too hard and making sure that we can continue to serve the retailers with good availability with the distribution we have already.”

When Arnott’s bought 180 Degrees in May 2021, it manufactured more than 19 product SKUs comprising oat crackers, seed crackers, lavosh and cheese bites, which then sold more than 2.5 million packs each year – the vast majority in New Zealand.

Since then, there has been the big push in Australia and Cullerne said conversations were also taking place with retailers in North America and Asia.

The new Arnott’s factory marked the return of manufacturing to New Zealand for the group, which is owned by private equity giant KKR, after a 25-year absence.

While it would initially be a dedicated 180 Degrees site, in time Cullerne said it could be used for other brands within the group or potentially new brands and products.

“It is important that we get 180 Degrees right, but we will be able to use this facility for brands across our entire portfolio if they play the right role, and that may be obviously existing brands but it also might be brands or innovation that don’t exist at the moment.” 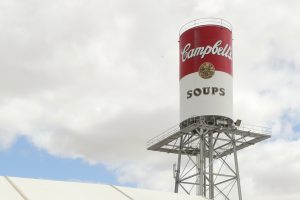 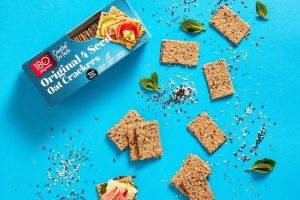 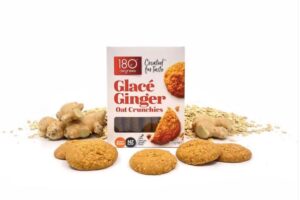