Chair Scott O’Donnell said in the meat processor’s 2021 annual report released on Thursday that it was “one of the most unusual periods of trading in my 35-year career”.

“Blue Sky is nowhere near its potential, but [new chief executive Jim Goodall] can lead us into new and exciting directions which will allow the business to reach this potential.” 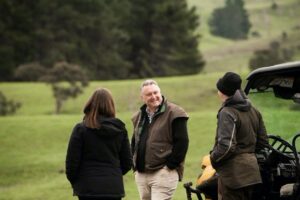