Synlait targets consolidation ahead of growth, board chair to exit

Synlait Milk has set the course for a year of consolidation following a period of substantial investment which has included expanding its manufacturing capacity and the purchase of Dairyworks and Talbot Forest Cheese.

In the company’s annual report released to the NZX on Tuesday, chief executive Leon Clement acknowledged the short-term impact this investment has had on the bottom line, but moved to assure investors that the company was now set for growth.

He said: “We are approaching the end of a substantial investment period into manufacturing capacity and people.

“While this has, for now, had a short term impact on our bottom line,
it has set us up to deliver earnings growth to become a more diversified
company.

“We have the facilities and capability to respond to market opportunities, whether they are new customers, changing consumer tastes, or new products.”

Clemont added that the year ahead was one “to consolidate, focus, and set ourselves up for success”.

“Not all the assumptions we made when we invested in our facilities have played out. Our world has changed, and so must we.”

Milne said a board review in 2019 revealed there had been “relatively few” changes to the board since the company listed on the NZX in 2013.

“Under the succession plan, my own term comes to an end next year, and I do intend to stand down and make way for a suitable replacement at that time.”

Board member Bill Roest was also set to retire. He joined in 2013 and would be replaced by Simon Robertson in November, the former chief financial officer of Auckland International Airport.

Canterbury-based Synlait’s share price had fallen by around 45% to $5.33 over the past year as it diversified from making infant formula for major shareholder, A2 Milk, into fresh milk and other dairy products for South Island supermarkets.

This included the purchase of Talbot Forest and smaller rival Dairyworks, which made butter, cheese, and other dairy produce.

Synlait had also been expanding facilities at its home base of Dunsandel in Canterbury, and its new processing plant in Pokeno, south of Auckland.

The company said it was still waiting for a Supreme Court ruling following a hearing into historic covenants covering the Pokeno site. The company noted the issue as a contingent liability – one that might cause a future cost – but it did not set aside any sum.

Clement said: “We consider it unlikely that an adverse decision at the Supreme Court or subsequent proceedings would result in a materially negative impact on our ability to continue to operate Synlait Pokeno.”

In its full year results to the end of July, the company posted a 9% fall in full-year profit to $75.2m as its costs rose, despite revenue increasing 27% to $1.3bn. 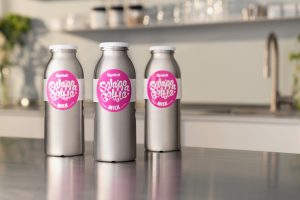