The value of New Zealand’s red meat exports dropped 18% in October compared to the previous year, largely due to less product being sent to China.

“In October 2019, New Zealand was sending record volumes of meat to China due to African Swine Fever decimating the Chinese pig herd. While the value of exports this October was down compared to last year, it was still higher than all other October monthly exports in recent years.”

Sheepmeat exports in October 2020 dropped by 25%, beef exports fell by 14% in value compared to October 2019 and co-products declined by 8%.

The value of red meat exports and co-products to the UK in October 2020 also dropped, down 16% compared to a year earlier.

Karapeeva added: “This latest data illustrates the volatility of our global markets and shows why it’s more important than ever to maintain our market diversification strategy.

“Covid-19 continues to severely disrupt our markets and key channels such as the food service sector and we expect this to continue through to 2021.”

Karapeeva said the situation had also been compounded by congestion issues at ports and the appreciation of the New Zealand dollar.

MIA also found exports to the US had increased by 15%, and there had been a significant increase in exports to Singapore in October. 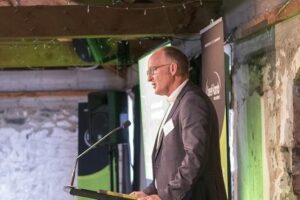