DB’s current head of off-premise, Christiaan Crous, is stepping up to take on the sales director role at the brewer from 4 April.

Crous has been an integral part of the sales leadership team at Heineken-owned DB for the past four years, the company said, driving the off-premise team to a number of Supplier of the Year awards from Countdown, The Bottle-O, Thirsty Liquor, and Big Barrel.

He replaces Paul Millward who has been with DB for 12 years, including almost five at the helm of the sales function, but is starting a new chapter outside of Heineken.

Sydenham-Clarke joins Food Frontier from Australian education foundation Skyline, where as inaugural chief executive she led the organisation through a significant phase of growth to triple its revenue, reach and impact.

After more than eight years with the bread and dairy business, Patel this month joined the chilled and ambient food importer where he will be a territory manager Pak’n Save Specialist.

Raglan Food Co has appointed a general manager – its first GM outside of the founders since the now 26-strong company was established in 2014.

Lauren Wells joined in February, bringing experience from past roles with Food Lab Pacific, a B2B lab startup that she had led since 2019.

Prior to that, Wells spent 15 years at Tatua Dairy in business development and marketing roles, and also had a stint as a consultant at Accenture.

Foodstuffs has promoted 20-year veteran Tim Donaldson into an expanded general manager role in the South Island, and gone internal for its new legal chief.

The South Island division of the co-operative, which this month came under the leadership of new chief executive Mary Devine, named Donaldson as its new general manager of retail and property. 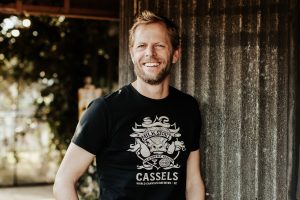