The government has signalled its intention to move on grocery sector competition, allocating $10.8m in Budget 2022 to help tackle the issue.

The funding will establish a market studies response team within the Ministry of Business, Innovation and Employment, with the retail grocery sector report one of its top priorities.

“This initiative provides funding for a dedicated team in the Ministry of Business, Innovation and Employment to focus on responding to Commerce Commission market study reports and improving competition,” stated the government in its Wellbeing Budget 2022.

The funding is spread across four years and comprises $10.74m in operating expenditure and $60,000 in capital expenditure.

Finance minister Grant Robertson also referenced the government’s commitment to boosting competition in the grocery sector to ensure people paid fair prices for food and other basics as part of its cost-of-living package in Budget 2022.

The government would tonight introduce urgent legislation to stop supermarket chains from blocking competitors from accessing land for new stores.

“The Commerce Commission’s findings indicate that restrictive covenants over land are a major barrier to supermarkets accessing new sites, so we’re banning these covenants from being used to stop competition,” Finance Minister Grant Robertson said.

“Legislation will be introduced on Budget night to make this happen.”

Robertson added that the government was looking at how a Code of Conduct between major retailer and suppliers could be developed, and what role a dedicated regulator for the grocery sector could play – another Commerce Commission recommendation.

Food system stakeholders could also benefit from some of the Industry Transformation Plans (ITPs) supported in Budget 2022, alongside general business sector funding such as the establishment of a new $100m Business Growth Fund (BGF) for small- and medium-sized enterprises.

“The government has agreed to help improve SMEs’ access to finance, and to explore investing alongside private New Zealand banks to establish a BGF in New Zealand,” it said in Budget 2022.

“A BGF would provide a source of long-term patient minority capital to SMEs. The majority of the funding for this initiative is held in contingency.”

Support for ITPs include $40m for a Primary Industry ITP, $30m for an Advanced Manufacturing ITP, and $5m for an Agritech ITP.

A raft of initiatives also saw $1bn of operating funding and $12m in capital funding heading for a natural resources cluster, which included the Ministry for Primary Industries, Ministry for the Environment, and Department of Conservation.

Budget 2022 can be read here and a summary of new initiatives and their funding can be seen here. 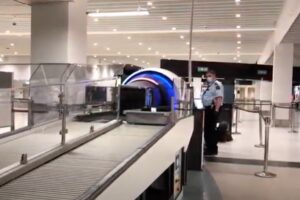