Five years after owners Roger and Kate Holmes launched their premium popcorn business with $100,000 from their own pockets, Serious Food Co is expecting to top $5m in sales for the first time.

The Auckland-based business, which now sells around 250,000 bags of popcorn, puffed peas and biscuits across Australasia each month, set out to disrupt the snacks category with its flagship organic popcorn snack bag in 2016 featuring its animated mascot, the Serious Bear.

“That was quite disruptive at the time because popcorn was viewed as a bit of a downmarket snack,” Kate Holmes told the Ticker.

“The snack category still has a bad rap in the market. Our vision is to really clean up the snacking category and develop that healthier alternative for customers that tastes great.”

Its popcorn and its latest puffed Canterbury pea snacks have a strong presence in independents like Farro Fresh and Huckleberry and were now available in around 50 Foodstuffs supermarkets and more than 100 Countdowns across the country.

The company transitioned from imported corn to local supplies from organic Hawke’s Bay and Waikato farmers in 2019, a year after it started manufacturing at its rental Henderson factory in Auckland.

“We’ve built really good brand equity and trust with consumers with our popcorn and for now, we’re looking at ways we can extend the brand and extend consumers really wanting that healthy snacking,” Holmes said.

She added the company expected to hit $5m in sales this financial year, with the business growing around 50% year-on-year after it began exporting to Australia in 2018 through distributor Real Food Australia.

The brand was now sold Australia in around 500 independent supermarkets including Harris Farms with around $850,000 in sales from that market – around 25% of current revenue.

“Next year we’d like to be able to double that Australian business by sales,” Holmes said.

“If we look over the next three to five years, if we could double or triple the Australian business and build it up to a $5m – $10m business – how could we do that? There would be some big building blocks we need to put in place.”

Holmes said the company was in the early stages trials for the new Woolworths and Coles metro formats, putting the brand on-shelf in more than 100 stores across Victoria and New South Wales.

Serious Food Co also exported small quantities to Singapore, Malaysia, Taiwan and the Middle East, adn was looking for more market penetration at home, although Holmes noted growing the business – now with 20 employees – had to be executed sustainably.

“We’re really in that shift between being a start-up and starting to mature our systems and processes, so a big area of focus is around production efficiency,” she said.

“One of the challenges in the next few years is ensuring we can secure that space to allow us to grow and continue to invest in New Zealand manufacturing.

“Capacity has been our biggest issue, we haven’t had sales issues to date, the demand is there, it’s just about filling it. There’s always challenges being a food manufacturer, but at this stage, we have enough capacity here definitely for the next few years growth.”

Beyond that, the business would need to look at new premises and more automation, particularly across its newer product lines like cookies, which was mainly at Australia although sold in some Foodstuffs banners in New Zealand.

While the company had received “a lot” of offers of interest from external investors, she said the business would continue to be family-owned and operated in New Zealand for the foreseeable future. 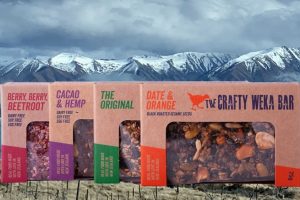 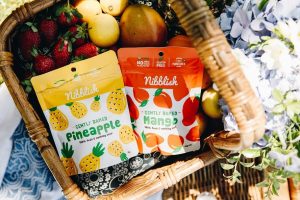 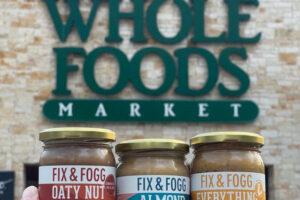 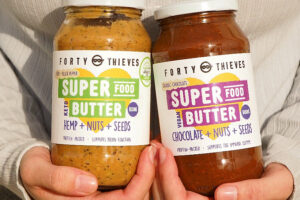 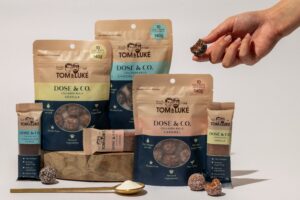