Prime minister Jacinda Ardern says the horticultural sector’s seasonal labour shortage will not be solved ahead of Christmas, but employers could bring in workers in the New Year.

Speaking to media after delivering an address at the 2020 Primary Industries NZ Summit on Tuesday, the prime minister was asked whether following talks last week, an announcement should be expected soon on allowing Recognised Seasonal Employer (RSE) workers into the country.

Ardern said: “We are absolutely aware that particularly for the horticultural sector they need certainty. So regardless of what the decision is they need to hear that, and rather soon.

“What we have said though is that this side of Christmas we have to focus on New Zealanders. We’ve all seen the demand, they absolutely understand that and I think have really acknowledged the pressure right now into the Christmas period is for Kiwis, but we are talking about what we can do leading into March which is when they have a lot of pressure on their picking seasons.”

When asked about whether recent indications of vacancies at MIQ facilities would lead the government to reconsider its position, Ardern added: “RSE are seeking thousands of workers. When we are talking vacancies – actually in the lead up to Christmas essentially we don’t have them – and if we do they are very very small, certainly not at the scale the horticultural sector is looking for.”

In her speech to the industry audience at Te Papa, Ardern said the government appreciated “the agility and innovation that has been on show as many primary producers quickly implemented new ways of working” in the face of Covid-19.

She added: “Some industries that rely heavily on seasonal labour, such as the horticulture industry, have struggled due to border closures. However, many parts of industry have taken innovative steps to encourage more New Zealanders into their sectors.”

She added that food producers have played an “integral” part in New Zealand’s fight against Covid-19, and the country wouldn’t be where it is now without their efforts.

Ardern recognised that it had not been easy, and commended those in the sector for working  “quickly and cooperatively” with government agencies to register as essential services and develop safe working practices.

“I’d like to take a moment to acknowledge the role that our food producing and processing businesses have played over the past nine months.

“We needed to keep producing food for tables not just in New Zealand, but all over the world. As you all know, the food and fibres sector was integral to this.”

Ardern said it was their work that “kept New Zealand going” through uncertain and an “occasionally, unsettling time”.

The prime minister highlighted how important non-food businesses in the sector were, providing wool for facemasks, or producing paper and timber products needed to package and transport food.

“It wasn’t easy, there were challenges and hiccups, but we navigated them all together.

“Thank you. We wouldn’t be where we are at now were it not for those efforts.” 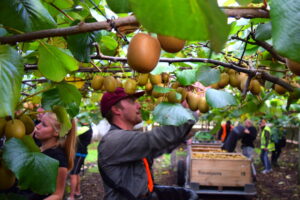 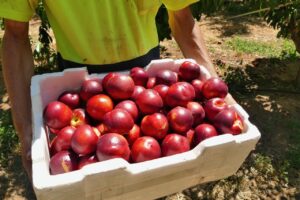 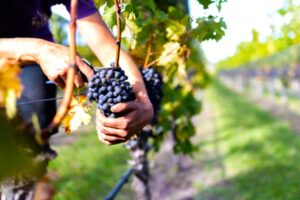